S&OP & Lean In A Bank Environment

Along with many of our fellow suppliers the ever changing competitive landscape, market pressures, shrinking real estate, increased importance of Customer engagement and so on led to the initiation of a complete business review and instigation of a change program toward the end of 2004. END_OF_DOCUMENT_TOKEN_TO_BE_REPLACED 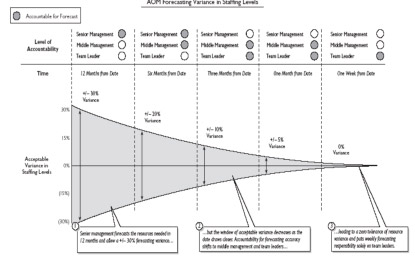 S&OP and Lean in a Bank environment.

Between 2002 and 2003, NAB faced an economic backdrop of declining interest rates, which resulted in a twenty per cent growth in home lending volumes. During this time, NAB Lending Services experienced an unprecedented level of backlog with managers unable to clearly monitor resource levels and pending work in the system. As a result, rather than reap the benefits of this surge in lending volumes, it exposed major flaws in operational capability. END_OF_DOCUMENT_TOKEN_TO_BE_REPLACED

Was Kraft Foods the largest Class A MRPII project in Australia?

Kraft’s senior managers were determined to reverse this situation and make their plants competitive in the global marketplace. “We wanted to provide a basis on which we could move into Total Quality Manufacturing,” says Dick Ridgwell, MRP II Project Manager. END_OF_DOCUMENT_TOKEN_TO_BE_REPLACED

Phil Heenan, CFPIM, CSCP, CLTD, CS&OP.
Phil Heenan has been educating and coaching practitioners in companies throughout the Asia Pacific region and working with the S&OP creators from around the world since 1985 showing organisations how to increase profits by attaining best practice in S&OP and Supply Chain Management.